For anyone who doesn’t know, I’m slowly but surely working on a book about my online dating experiences. That being said…I obviously have an opinion on the announcement that OKCupid was messing with its users by lying about compatibility. That opinion is..no fucking shit.

I didn’t go on one or two online dates. I mean, I used OKCupid so much they let me become a moderator or something. I used OKCupid like it was my job. And I never, ever put much stock into their stupid little percentages. 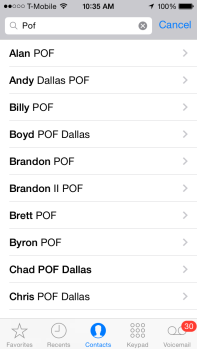 My first ever online date was through POF (Plenty of Fish), so it became the default tag…but most of these were OKC.

Here’s examples of conversations that I had with guys I had a high match percentage with.

The scene is a Starbucks, the time is 8 pm. This is DC; it makes sense. Our connections on OKC include we’re both into politics and we’re sarcastic. High rating. Conversation has been going mediocre.
Him: Well, let’s just get this out of the way. Are you a Jew?
Me: No…
Him: GOOD.

This is still in the initial text/OKC messaging phase. We’re making plans to meet so we’ve exchanged numbers. Again a high match percentage — likely due to a mutual interest in politics and love of the first few seasons of Arrested Development.
Him: Do you want to see my dick?
Me: No.
Him: [sends dick pic]
Me: [vows to only give out Google Voice number so pictures can be screened]
A month passes.
Him: I didn’t realize you were such a prude.

I guess it should be tiny penises coming out of the beaker.

I mean, how are people surprised by this? I don’t expect that everyone is a career online dater, but surely you must have noticed you were matched with some crazy fucking people at one point. My best friend and I used to talk about how a very high match percentage (over 87%) was basically a guarantee the guy would be off his rocker. Also, it’s dating. I already exercised caution and assumed everyone lied. I did, even if it wasn’t always intentional…sometimes your values and opinions change. What was mandatory to me in January might have been some somewhat important in June.

Though deleting text from users’ profiles might explain why my disclaimer didn’t work. I ended up putting at the top of my page, “I’m not interested in having sex with you for money (or anytime soon), and I’m certainly not interested in dick pics.” Maybe OKC deleted the “not.” That would definitely explain a lot.