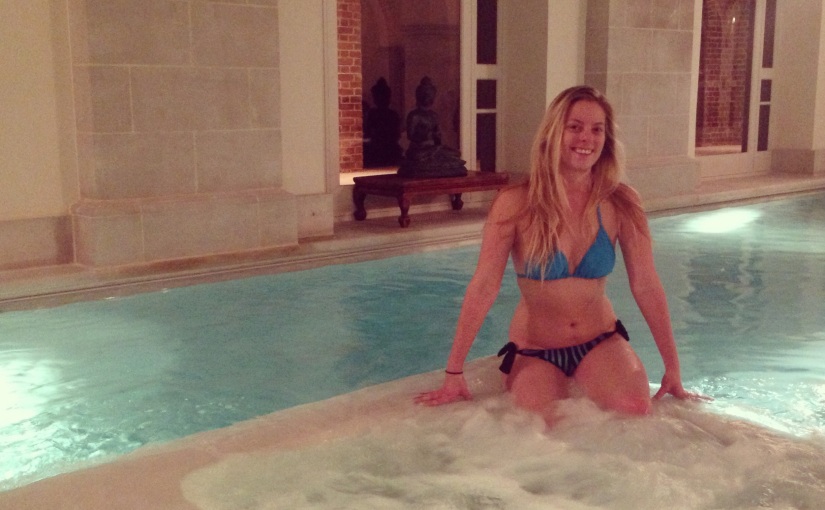 Last week one of my Facebook friends posted a link to a blog entry titled My Husband Doesn’t Need to See Your Boobs (post has since been deleted, find it here instead) I didn’t want to click on it, because I was sure it would piss me off — so of course I ended up reading it on my disaster flight and immediately became full of rage. The post is about the author’s husband having Facebook friends that post pictures of themselves in bikinis, and how it’s wrong. Yes, you read that right. Apparently any time any girl posts bikini pics on Facebook, it’s about this blogger and her husband. I bet all of their female friends sit around and just wait to take bikini photos so they can make this woman’s life and marriage miserable. Anyway, this bitch removed the ability to leave comments, so I have no choice but to write about her article here.

I’m not writing to chastise you for posting your bikini pics from your lake outing. I suppose we all have enough criticism via blog spaces.

Um, what? What does that even mean? You are clearly writing an entire blog entry to chastise people for posting bikini pics, and a passive aggressive comment that “we all have enough criticism via blog spaces” only drives that home.

But I am writing to share the perspective of a woman who is fighting for her marriage. And for that reason, I want to tell you that I don’t need my husband to see your boobs.

I’m just writing from the perspective of a woman who is in a happy and committed long distance relationship. And for that reason, I want to tell you that I never tell my boyfriend who to look at, nor do I monitor his newsfeed. Because guess what? If a picture of some girl with bigger boobs than mine makes him lose interest in me, we have bigger problems than social media. Take some responsibility – happy people don’t cheat. I’m not blaming the victim, but a relationship is a two person deal, and a picture of a friend in a bikini isn’t going to make or break anything.

Anyways, what I’m saying is I don’t fault you. I don’t blame you for being confident enough to let the world see how good you look in front of the waves with your coozie and ballcap and barely anything else.

But I want to tell you that it’s a stumbling block in our marriage.

Is it, though? I know you’ve amended your blog to say you aren’t insecure, but you are a liar. Either you’re married to a 15 year old boy, or you are incredibly insecure — even if you don’t realize it. Do you know what is really unattractive? Telling your SO not to look at other women. Telling them it’s a stumbling block. If my boyfriend took my magazines and ripped out the pages of shirtless men before I was allowed to read them, we wouldn’t be together much longer. And why do you think any other woman cares? Here’s an example of something another woman should feel bad for doing: “I don’t blame you for being confident enough to let my husband see how good you look in front of our bed, with my inherited crystal wine glass in your hand and your thong on and nothing else. But I want to tell you that when you sneak into my house to seduce my husband, it’s a stumbling block in our marriage.”

When I scroll through my news feed, my thumb moves in a continuous circular motion until something catches my eye and I want to look closer. And then I tap on the picture and make that little swipe with my thumb and pointer finger so I can zoom in just as close as I can to capture all the details.

I’m especially bad about this when there is a line of bathing suits in the pic. AND I’M A GIRL.

Mostly I’m looking at your legs asking myself, How are there seriously people without cellulite????

Well, I used to have cellulite until Crossfit made me do a bunch of squats. But don’t worry…every squat I do, all I think about is the bikini pictures I will get to post that will hopefully ruin someone’s marriage. Virtual marriage ruining is what gets me through my work out. It’s completely about YOU.

I doubt my husband is so lucky. Actually, I know it’s next to impossible to take in images like those and erase them from his mind. Because our men are much less emotional and are much more visual. And as quickly as I can forget your picture, it is filed away in his mind, ready to be pulled back out whenever he so chooses.

Maybe this is the solution. Just write on every picture, “Thank you for posting! My hubby has it filed away in his spank bank for later on!” I guarantee these girls will unfriend the both of you, and problem solved!!!

Again, I am not faulting you. And by no means am I faulting him. This man of mine diverts his eyes from whatever questionable images flash on the screen before him. But sometimes the temptation is too much.

Really? Because every word of your post sounds like you are faulting all other women, ever. And I guess hubby can do no wrong, huh? But seriously. Do you not go to the pool or beach together? Does he keep his eyes shut? Do you poke them out? What happens? Do you only vacation at public beaches in Kuwait? Oh, the evil temptation of girls in swimsuits! I wish there were more countries where you still went to jail for wearing a bikini!!

After Memorial Day, I noticed so much skin on social media that I half-yelled a warning to him as I ran out the door one morning. It’s summertime, honey! Beware the beach pics and half nude girls on Instagram! And like that, he was in solitary confinement from all virtual community for the next two days.

……..You are a terrible, miserable controlling woman and I expect you will be cheated on in no time. I cannot even imagine how my SO would respond, but I know if I was told this, I’d be changing those locks before you got back.

When your bare shoulders and stretchmark-less bellies and tanned legs pop up, I not only worry if my husband will linger over your picture. I worry how he will compare me to you.

Please, tell me more about how you aren’t insecure.

But would you, could you, keep your boobs out of my marriage? You can have your memories, and we can have our sacred hearts. And we can all get along in beautiful harmony.

I think the better option is for you to delete your accounts on all forms of social media. Better safe than sorry.

Anyone who feels the need to passively aggressively make a sad little blog entry about girls in bikinis instead of directly confronting girls or, you know, getting over it, seems like they are doomed from the start. No way this chick has a great marriage. I’d understand more if she wrote this directed to HBO or photoshopped women in Vogue or almost anything else. As it stands, all she has done is come across as a controlling and demanding wife, and as a self-centered bitch. Not all Facebook picture are about you, lady. I can basically give you my personal guarantee that none of the people posting anything are thinking about you — well, except now they probably are. 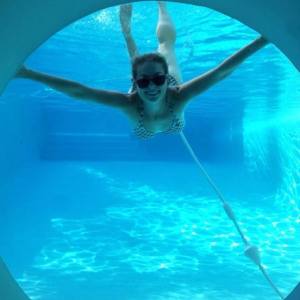 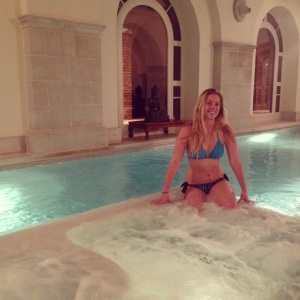 Yes, I also support your right to wear leggings. Check me out on Facebook, Instagram (your best bet for more pool pics), and Twitter; subscribe to my blog here.
You might enjoy…
“Marriage: The Best Way to Solve Your Relationship Problems” – GOD, According to Columnist Mike Adams
I Hate Flying so Much I Cannot Even
No, I Really Don’t Want Kids — I Think I Would Know

Give me coffee. View all posts by mandawritesthings

522 thoughts on “My Boobs Don’t Need Your Husband to See Them: Or, You Probably Think This Pic is About You”